It's been an interesting year, albeit mainly for the wrong reasons. I'm going to limit this discussion to cycling, although of course everyone has been affected by the pandemic in many ways. In my case, my personal circumstances lead me to avoid all group rides for almost the entire season from March to October. That came as quite a shock, as ever since I started doing them group rides have been the central pillar that I've organized all my other training around.

However, one good thing that came out of this was the chance for me to step back and get a bit more perspective on my cycling: what I was doing, what my goals are and how best I could optimize my training for them. It was great having the freedom to just train however I wanted to, without worrying about anything else.

Last year I accumulated a total of just under 900 hours of riding. This didn't turn me into a Tour contender; it merely made me exhausted and perpetually overreached. Who could have predicted that? After several months riding around 20 hours per week, at the end of the year it finally started to sink in that I was doing far too much cycling and that this wasn't good for me.

This year I backed right off over the winter, then built up a little again going into the spring. You can see a snapshot of the results in the figure below. 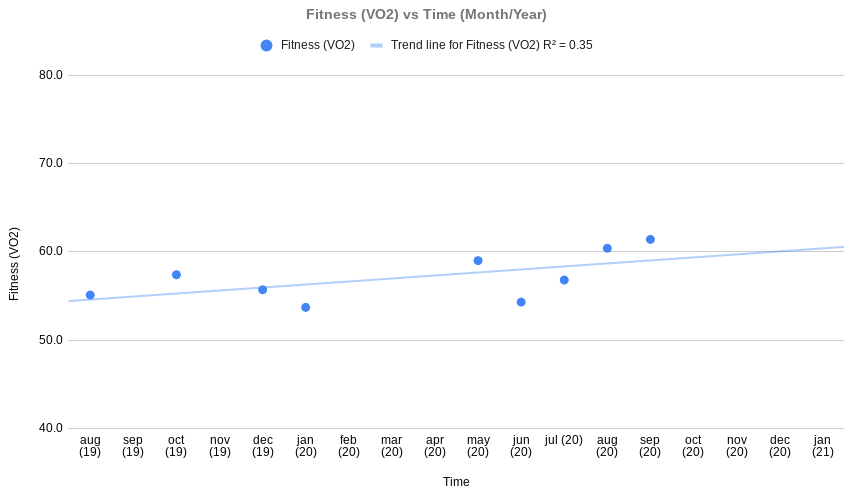 My VO2max trends since I've had my power meter

I somehow managed to squeeze the occasional threshold test in between all the endurance rides; the figure shows that my returns on all that riding in 2019 didn't amount to much. And bear in mind that the graph shows my VO2max results; my top-end power numbers went horribly downhill over that same time period.

By the end of summer 2018, when I'd been riding for one year, I was one of the stronger riders on the hardest ride in my area: the Unlimited Saturday group ride in Savannah (I certainly wasn't the fastest, but definitely well above average). The following summer, by contrast, I didn't make it all the way around once, and usually got dropped within 15 minutes. Conclusion: volume approach not working. 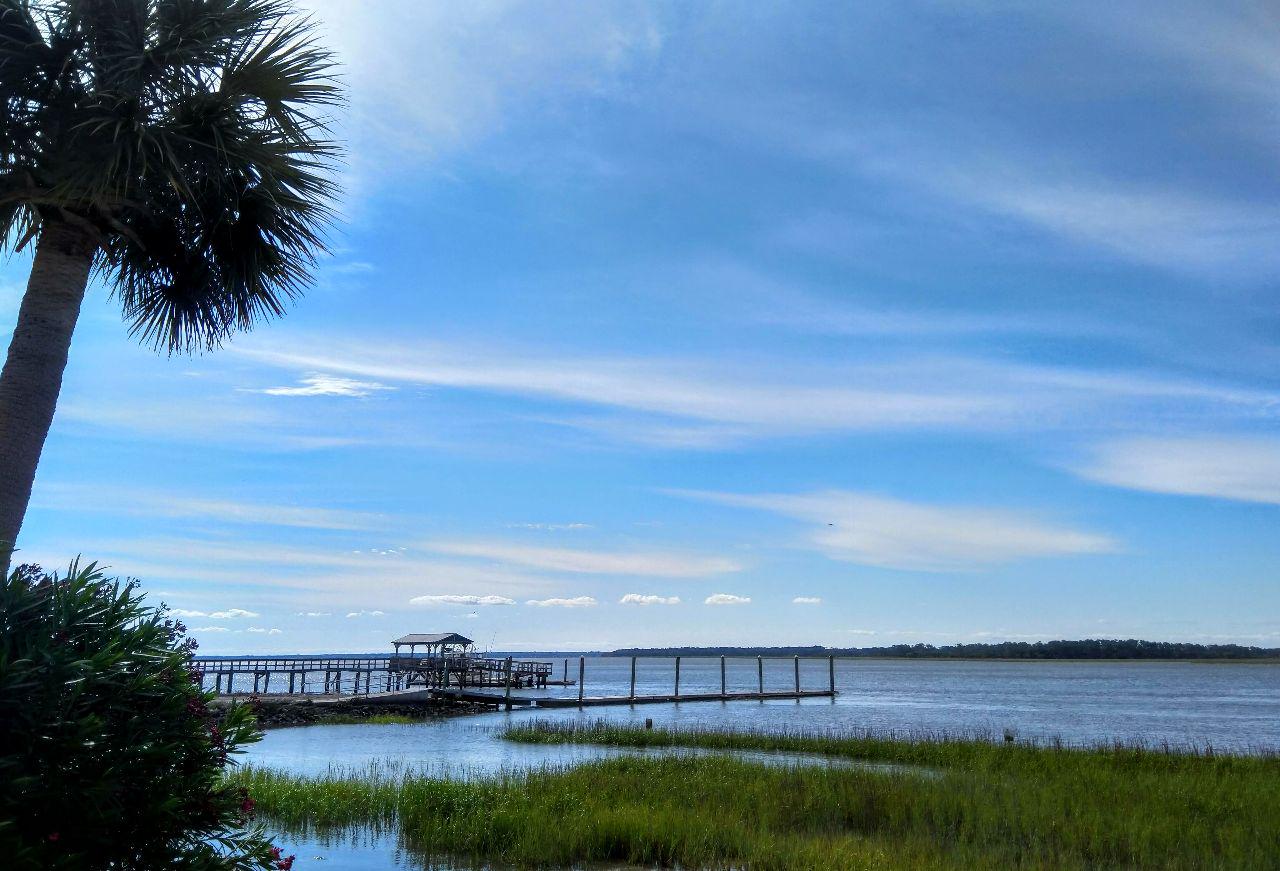 Springtime by the May River, Bluffton

This year, after backing off over the winter, my numbers picked up nicely through the spring (by which point I was exclusively riding solo). In May I got my highest 20-minute power (307 Watts), before tailing off in June, again due to overreaching.

Growing tired of this pattern, July was when I started making huge changes to my training plan (my actual literal training plan), progressively reducing my volume through the rest of the summer, by the end of which I was all the way down to about 8 hours per week.

I had my best VO2max scores at the end of the season, but that's because I was 6 kg lighter in September than I was in May and VO2max takes bodyweight into account — my raw power numbers on the threshold tests have stayed pretty constant.

My training software now tells me my W' (anaerobic capacity) is around 38-39 kJ, which is humongous, while my Critical Power (FTP) wattage is still mediocre, stubbornly stuck in the mid-270s (around the level it's been for the best part of a year). More evidence that I'm better suited to shorter efforts than long endurance rides. 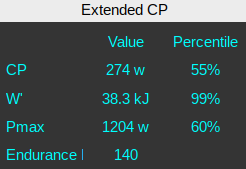 Xert confirms this, and also suggests that riding around 200 W on a base ride is way too high. I've reduced the upper bound of my endurance zone accordingly.

Another revelation to me this year was learning how to properly analyze my training, by breaking down volume and intensity to look at each individually: 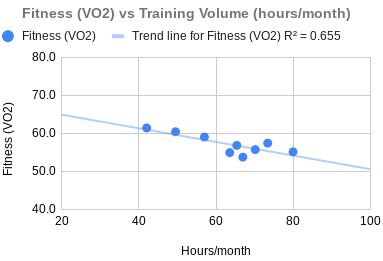 At least in the range of 10 to 19 hours per week, the lower the volume the greater my fitness. Maybe < 10 hours would be even better? 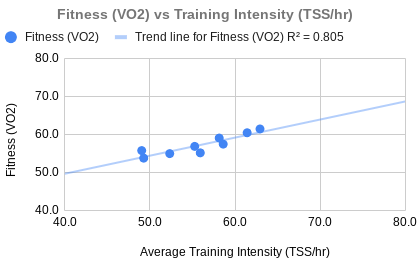 From what I've read on this subject, it appears that a big factor in determining an individual's training response is their muscle typology. Most people are fairly evenly balanced between slow- and fast-twitch fibres, but there are outliers in either direction. Those who are slow-twitchers tend to respond better to higher training loads and volume, while such training is bad for fast-twitchers, who can produce bigger power over short durations but are much more susceptible to fatigue. 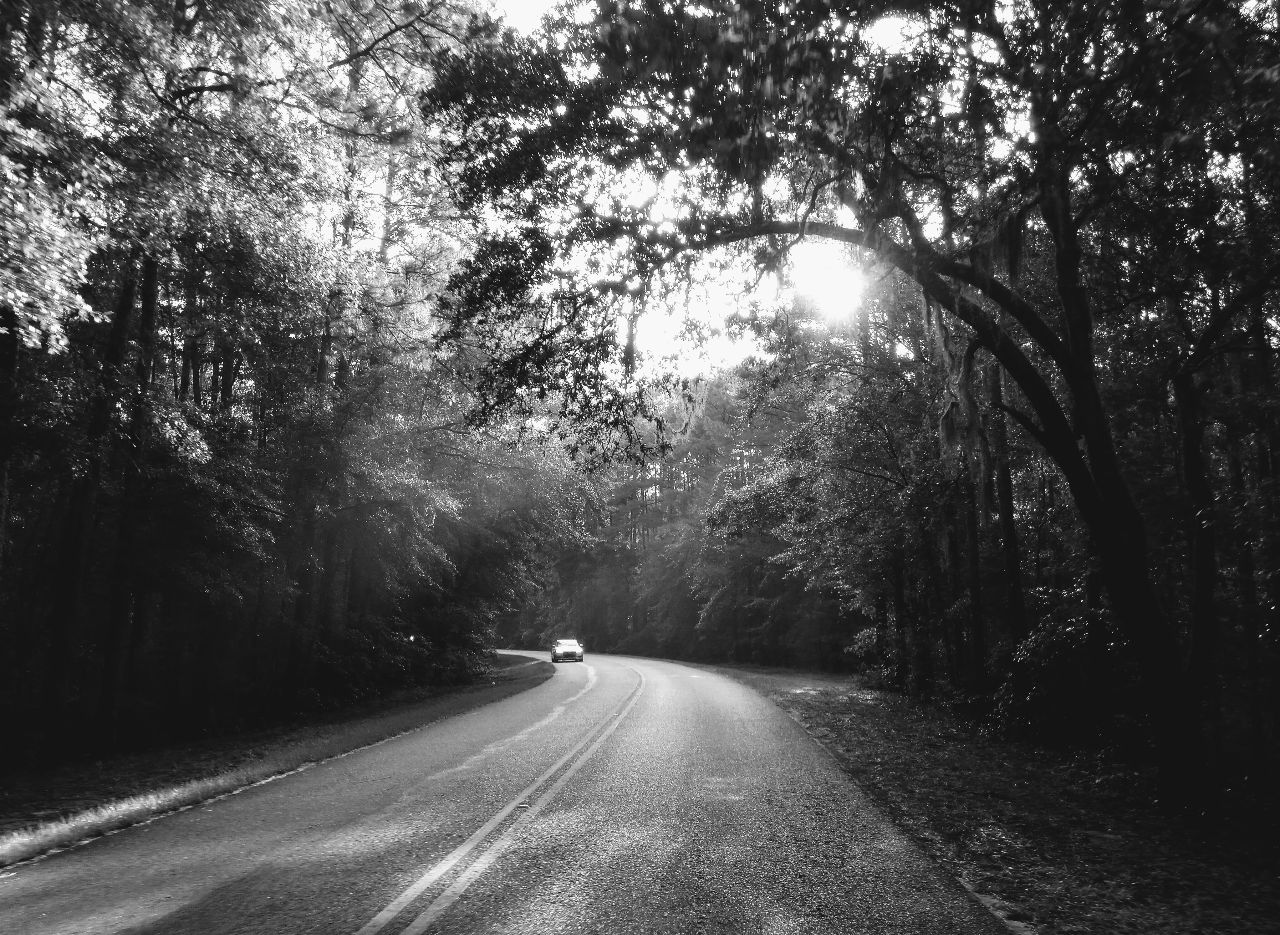 So for the last three months of the season, I reduced my riding to around 10 hours per week, and I've averaged just over 12 for the whole year. You can see how this change of direction has already benefited me, by comparing my best numbers from this year with those of last year: 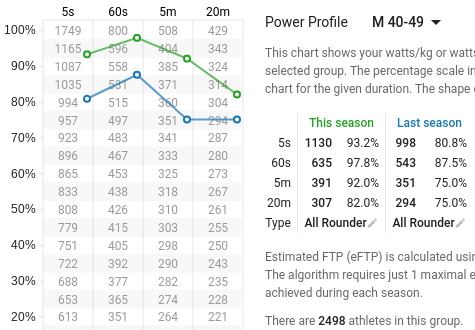 Power numbers 2019 versus 2020, courtesy of intervals.icu

There was actually a small improvement in my 20-minute power, but it was over shorter durations where I really went to the next level. And that's what I want to build on in 2021; in particular, I want to see how high I can get my peak power. Xert says I'm a Pursuiter (but I'd rather be a Road Sprinter!)

Last year, when I was doing huge volumes of riding, the profile was pretty flat all the way around. But now that I've adjusted things back in the direction of sanity, my true phenotype seems to be revealing itself.

I know I'm never going to be a pure sprinter, but I do think I could potentially add a couple of hundred Watts to my peak power if I specifically train to optimize it. And that's what I'm going to do: I've made even more radical modifications to my plan for next season.

The volume is going to be reduced even further. As it currently stands, my plan for 2021 adds up to 350 training hours on the bike, plus another 150 or so riding on very easy bike commutes. So either 7 or 10 hours per week, depending on how you see it. But my commute rides are very very easy — heart rate under 100 bpm the whole time — so I don't think that really adds much stress at all; in terms of training load, it's about 1/3 of a base ride, so maybe you could say I'll be doing the equivalent of 8 hours cycling training per week (400 for the year). I'll end up with 600 hours this year, I got 900 last year and 800 the year before that, so any way you look at it it's going to be much less than I've ever done previously. I cannot ride under these conditions!

But perhaps the biggest change will be the addition of year-round weightlifting. Up to now I've been doing a modest amount of dumbbell training, generally only once per week, so I certainly haven't progressed very far yet. It's probably not a coincidence that the one period where I was lifting twice per week happened to be when I got my best peak power numbers, which tailed off again once I went back to a single weekly session.

But now I'm going to be doing two lifting sessions per week most of the year, and three each week for 12 weeks from December to February. And I'm going to have a proper setup in my garage: power rack, barbell, bench, platform and about 400 lb of weights to start with. And proper lifts: squats, deadlifts, power cleans, just like the trackies do! No more dumbbell lunges for a while.

Although I won't be copying their methods exactly — I'll need more aerobic endurance so I can make it around a tough group ride for a couple of hours without getting dropped — I've taken a lot of inspiration from how track sprinters train.

My searching somehow unearthed a PhD thesis, buried inside of which is detailed training periodization for the New Zealand track sprint team leading up to the 2012 London Olympics. This was a real eye-opener. There's also this website, which gave me a few ideas about microcycle organization, i.e. how to fit weightlifting into a cycling training plan.

So, I'll have a real strength-training program (not an afterthought like it's been up to now). The main challenge will be balancing weightlifting training load with my cycling, but that's why the volume on the bike is coming way down. If I get it right, I expect to see big improvements at the end of the power-duration curve that I care about (and actually I think improving my strength is also the best chance I've got of making significant further gains to my FTP). I originally started cycling just to try to lose a bit of weight, but that phase didn't survive the first week. I rapidly started devouring anything and everything I could get my hands on regarding cycling and training for it. I went through what I now recognize as a not-unusual phase of totally overdoing it, and now that that's hopefully behind me I think it's time to see just how far I can take this.

Ultimately, the most important reason why I ride bikes remains getting and staying healthy, but I find that taking something seriously makes it much more rewarding, and as regards cycling, this has the added benefit of being the best way to health.

That is, as long as you retain enough perspective and discipline to keep things in balance. And that's my biggest challenge for 2021.