I took things easy during the first part of the week, but then put in a very good ride on Thursday (close to 60 minutes at threshold; much more than I've been used to lately).

It seems like I paid for it, as on Friday I felt sore again (in a bad way: like I'd exacerbated my injury), but getting in that kind of workout made me realize that I've been slacking off on my hard rides and need to step things up if I want to get faster this summer.

I've definitely been quite flat for a while, and I kept telling myself it was due to my high training load, but now I think it might be because I actually need a greater amount of intensity.

My general approach is to stay close to an 80:20 low:medium/high ratio, but within that 20% there's plenty of scope for more optimization, especially the medium intensity part where I want to be mostly in the sweet-spot and threshold zone, rather than getting in too much time at tempo.

The fatigue following the Thursday ride continued into the weekend; I faded pretty rapidly after about two hours of the Saturday group ride.

Originally I'd planned to go to Savannah on Saturday for the fast group ride, then Hilton Head on Sunday for a century, but it was clear on Friday that this wouldn't be a good idea. Almost all the pain from my injury has gone, but there's still some weakness and numbness in my right leg. I've got to have more patience until I'm fully recovered.

So on Saturday I went for the easier HH group ride. I did okay at first, but then my legs just went from me and I ended up cutting the ride shorter than I'd planned, although still got 110 km. 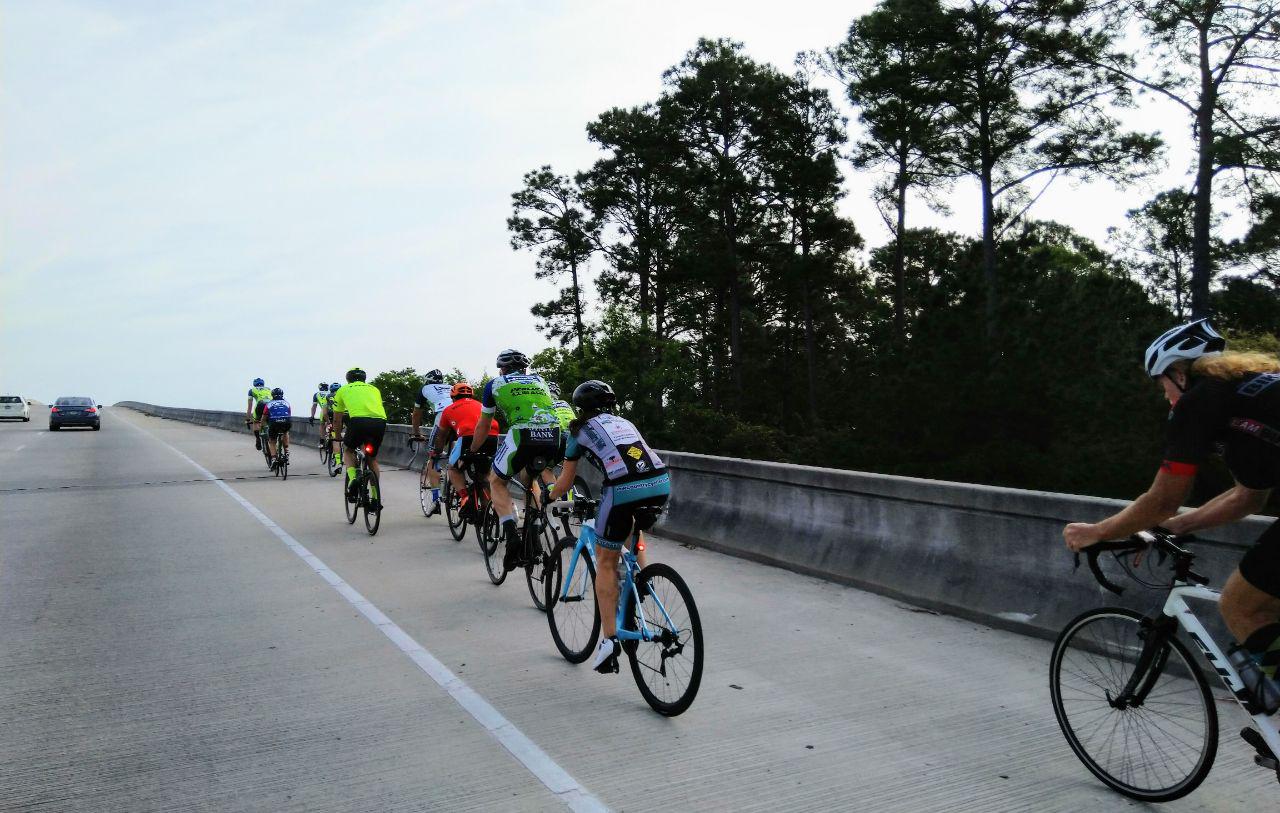 it was an uphill struggle for me on Saturday

I extended the Sunday group ride and completed another metric century. It was very windy which made things tougher going than normal, but although I hardly felt great, I made it around okay.

I've started second-guessing my training recently, but I can't really make any judgements about it until I'm fully fit again. But one thing that I am quite sure about is that I haven't been hitting the right intensity level on the Tuesday and Thursday rides. That has got to change.