My attempted intervals on Tuesday went horribly: I buried myself for the first two minutes for a very lackluster time, then faded badly halfway through the second one. My leg felt worse again, due to what I now think was weight lifting the preceding weekend (so I skipped all weight lifting this week, because I'm now pretty sure that it's been compromising my recovery. I'll skip next week as well and see how I feel).

I switched to threshold blocks, but could complete little more than 20 minutes before I fatigued too much for that as well. It wasn't a good start to the week.

So by Thursday I'd decided to stick to 3 x 16 Threshold rides on Tuesdays and Thursdays until my leg feels fully recovered. This is hardly a bad thing; I've been neglecting threshold riding over recent months, so in any case it's probably more important to me at the moment than intervals would be.

The Thursday ride itself went very well. I've always thought that a good threshold workout is a great default for general fitness, calorie burning and just making me feel good.

On Saturday I did a relatively easy group ride on Hilton Head. There was only one sprint (which I won by default because nobody else was interested), but from that and a fairly hard effort over the bridge I could tell that my leg was now improving again.

I finished the week, and the mesocycle, with my second gravel race. The Saluda Roubaix is a mere 109 km, but the challenging surfaces and significant gradient (1,160 m) makes it substantially tougher than that distance implies. There were no big climbs, but rather continuous undulations which proved quite draining, especially as I didn't take anything to eat with me (every other event like this has snacks available at the aid stations, making taking my own supplies unnecessary, so this time I decided not to and of course they only had water!). 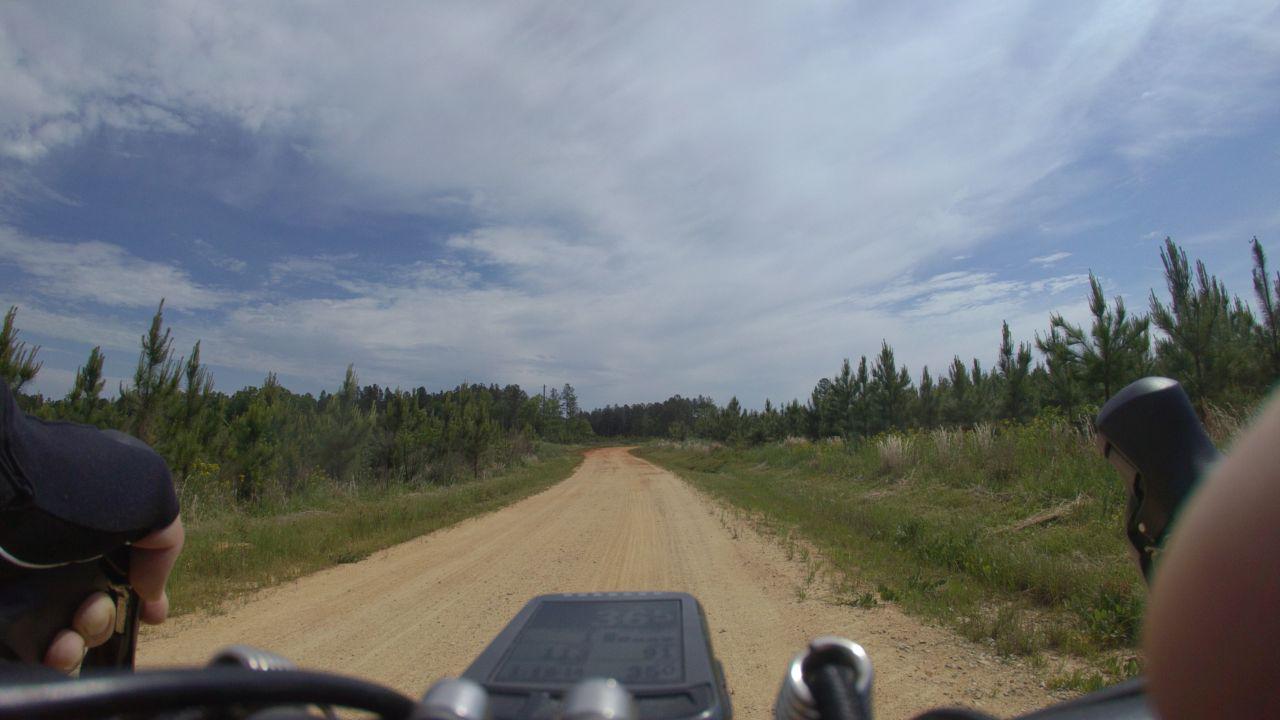 The course was better than the Swamp Fox course, mainly because the trails were in much better condition. Physically I didn't have a great day, but it wasn't terrible either. I did realize that I'm not really that excited about gravel riding, so I'll probably stick to asphalt from now on.

Another thing that became more obvious this week was the inaccuracy of the Relative Effort metric that Strava uses to give you an idea of your training load. My Thursday 3 x 16 ride (98) was the highest this week, while the weekend rides scored 76 and 74, but subjectively both these latter rides were harder and more draining than the threshold ride.

Relative Effort and similar measures use the time spent at the various intensity levels to determine the score, with higher intensities eliciting much greater scores, but I think they neglect the fatiguing effect produced by sheer distance. The number of muscle contractions (pedal strokes) should be a big factor in any such metric. This effect is increased further on rough trails such as those that constituted the bulk of my Sunday ride, but again this isn't taken into account.

Threshold and intervals rides also primarily fatigue Type II muscle fibres, while long efforts will target Type I fibres, so there's an complementary effect to take into account as well.

I'll be recovering next week, then I'll be onto my next mesocycle, which culminates in the first race of the Nestor Cup.

Now that I've got more time, I'm going to try a little experiment: making my hard rides even harder and my easy days even easier. I'll do this by extending my Tuesday and Thursday rides up to about 3 hours. My Tuesday intervals rides will be completed as usual, then I'll do an extra 90 minutes of mixed-intensity riding (mostly endurance but with some sweet-spot and threshold). Similarly, my Thursday threshold rides will also have 90 minutes added to the end, but in this case a mixture of endurance riding with intervals.

So, with these rides and also keeping the Saturday ride around 4 hours of mixed intensity, I'll have three tough rides each week that target all the muscle types (Type I, Type IIa, and Type IIb).

The riding during the rest of the week, including Sundays, will be kept brief and very easy.

I've felt like I'm on something of a plateau recently, which of course hasn't been helped by my injury, but let's see if shaking up my training like this doesn't help me break out of it.