The Nestor Cup wasn't exactly great for me, but nevertheless this was another week that I'm happy with.

It was a big step forward in terms of intensity. Take a look at the numbers at the bottom of the page; that ratio works out to about 4 hours of medium intensity and close to 60 minutes of high intensity, much of which was anaerobic. 1 hour above threshold per week is a great benchmark for this time of year.

If anything, the medium could be reduced a little in favour of low intensity, to give me more energy for the high intensity, but really I think I'm starting to get into a groove again. From the improvement I've noticed just from the last couple of weeks, it's clear that it's the high intensity work that's been missing. My updated training plan takes this into account, with new intervals rides on Thursdays of Build weeks to complement those already on Tuesdays. Tues/Thurs/Sats look like this:

The Saturday group rides (and to a lesser extent even the intervals rides) automatically give me plenty of medium-intensity work, so I don't need to schedule any on the Tuesday or Thursday rides.

Rather than anaerobic intervals, this week I actually did a combination of Pursuit and 30/30 Intervals, my first partial-recovery intervals of the year. I'd almost forgotten how tough this kind of riding is, but it all came back to me soon enough! I wanted to get to know these new intervals so I can hit the ground running.

I only did a combined 3.5 sets, but that was enough for the first time out; there'll be plenty more opportunities to build on this over the next few months. The Pursuit Intervals consist of 4-minute blocks at super-threshold interspersed with 15 seconds flat out every minute (thus resembling the team pursuit event on the track). 30/30 Intervals are 5-minute blocks alternating between 30 seconds anaerobic/30 seconds easy pedaling. By all means give them a try, with my compliments.

This stuff is what I respond best to, and what I'm relatively best at; if I was to do a proper power profile (maximum efforts at 5 seconds, 1 minute, 5 minute, 20 minutes), 1-minute power would easily be my strongest category.

On Friday I did my first Sprint Intervals of the year. These are an opportunity to focus on technique while building neuromuscular power. They should be strictly 10 seconds in length and no longer, otherwise they turn into anaerobic intervals which train a different system using a different approach, and are also much more fatiguing. You might think it shouldn't be a problem to refrain from extending intervals (thus keeping the pain to a minimum), but since anaerobic work is my strongest area, I actually do sometimes end up making some reps closer to 20 seconds than 10. That was the case on the last couple this time, something I've got to avoid in future.

My sprinting technique is definitely a little rusty; I'll add two or three sprint reps to my other training rides. This should help give me the 'snap' that's so important in races, either in a field sprint or to close gaps or get a gap on following riders.

One of the reasons my races could have been better was that, although I reigned in my Saturday ride by quite a margin, it was still way too high a training load to be an appropriate pre-event ride. This was especially the case since I'd also done the partial-recovery intervals on Wednesday and the Sprint Intervals on Friday.

However, I was quite happy to do this kind of ride this time, as at this point in my recovery from injury, increasing my fitness as fast as I can remains my top priority. I was actually quite happy with the power I could generate on the ride: although I didn't do any full-on sprints, I did have better anaerobic capacity compared with recent weeks.

Sunday was race day. I entered the Category 4/5 (9am) and the 40+ Masters (10am), both 45 minute races on a very nice 1.5 mile circuit. The 4/5 went okay at first, although I really have to work on my racecraft. I stayed right up at or near the front for the first few laps, and as expected there were multiple breakaway attempts.

Each time one or more riders went up the road, I chased them down, but not in an intelligent way; I bridged immediately rather than letting a decent gap open up first, so in this way I was effectively shutting down the break rather than joining it. Everyone behind me was of course quite happy for me to keep doing this work for them. This was rapidly depleting my already-diminished energy supplies, so about 30 minutes in I found myself shelled out of the back of the group when the latest surge went.

If I had instead waited for a decent gap to open up (say about 50 metres), and if I'd had the requisite acceleration to get clear of following riders, then I could have used my anaerobic abilities to bridge across solo, leaving anyone else who wanted to do the same to have to put in a similar effort themselves. This would also have had the added benefit of allowing the breakaway attempt to play out; mostly they tend to be swallowed up by the pack anyway, but there's no need for me to do the swallowing. Lesson learned.

So after wearing myself out, I slogged around on my own for the last 15 minutes. 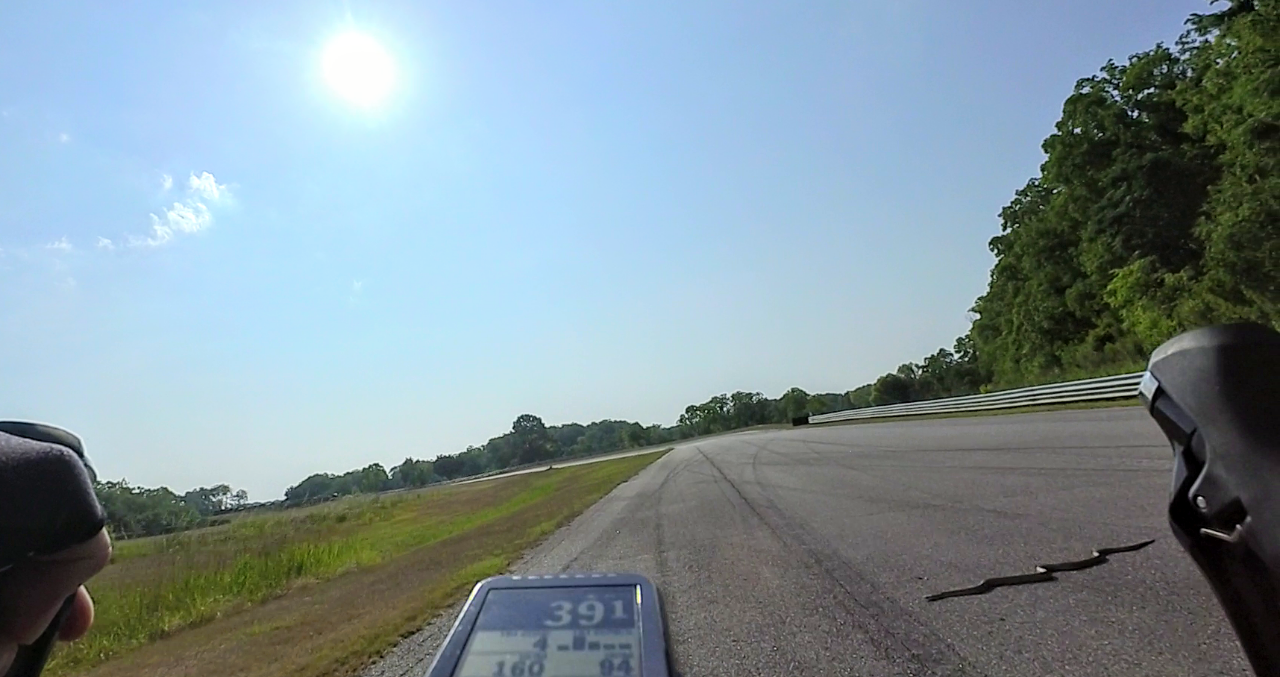 The second race began just over 10 minutes after the end of the first one. I didn't have any energy left and was dropped early on the first lap, before things had even got up to speed. At least I got 40 minutes of sweet-spot work to finish the week.

I'll just be entering one race next time (three weeks from now). I'll also do a proper, much easier, pre-event ride on the Saturday, and be much more sensible about saving my energy during the early stages of the race.