A recovery week, although a rather backloaded one; Monday and Tuesday were both rest days, and were followed by a rainy active recovery ride on Wednesday.

Thursday brought Under/Overs, but I was far from comfortable with these and only got through a couple of sets before switching to a simple sweet-spot ride.

On Friday I switched from the designated recovery session to a 2.5 hour Free Ride, which included about 1 hour at tempo plus one VO2max effort. I'm not sure what this accomplished or why I decided to do it, but it certainly contributed to the fatigue that revealed itself at the weekend.

So on Saturday I went into the group ride with two hard training days immediately behind me. On top of this, it was an unusually fast morning. This was great, except that my accumulated fatigue caught up with me about 2 hours in, by which point all my anaerobic power had deserted me, a fact made painfully obvious on the bridge climbs:

If anything, the perceived exertion of the latter two was higher than the earlier two. At least I know I'd definitely emptied the tank. On a normal training week, neglecting proper recovery is suboptimal but not terrible, as long as it doesn't become a habit. On an Event week, as we saw last time, it hurts more.

However, before all that and the reason I was so tired was that we had a nice combative ride. That's what I want at this time of the year. But I'd definitely be able to get more out of my training if I just stuck to the program; that's my resolution for the next couple of mesocycles. 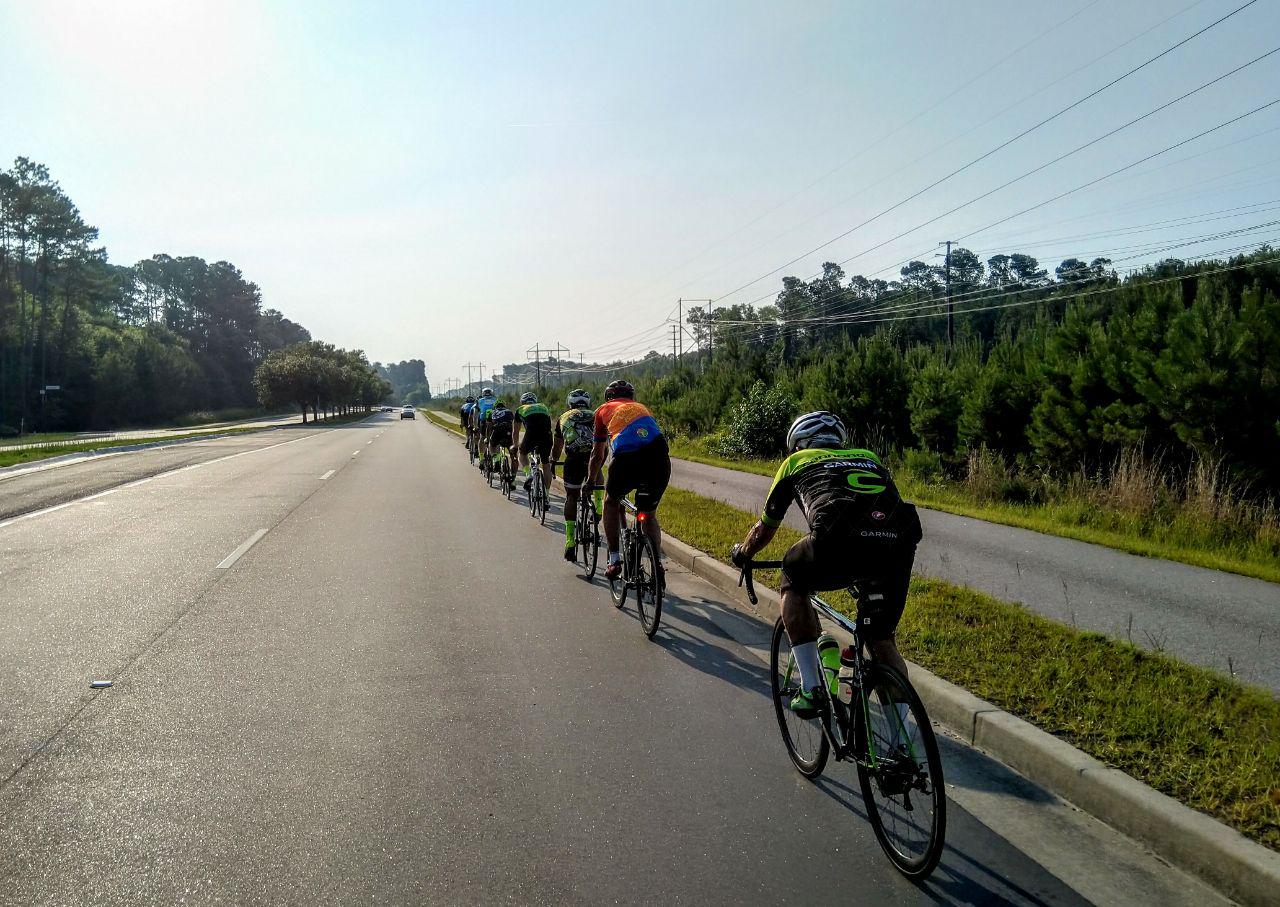 I did a nice easy recovery ride on Sunday. My discipline only lapsed twice, when I allowed myself to be sucked into fast leadouts and sprints. There's a really nice, secluded section of the ride with very little in the way of traffic or buildings, which lends itself very nicely to that sort of thing, and I just couldn't resist the opportunity to stretch my legs.

I was with the Bluffton group, in which I think it's fair to say I'm comfortably the fastest rider, so the fact that I won both times isn't particularly impressive, although I was quite pleased with the acceleration I produced on the first (46 to 58 km/h in 100m) and the extended top speed on the second1 (350m averaging 52 km/h). This is trending in the right direction (although far off where I was last year, or even last March). And incidentally my leg is continuing its slow and steady improvement.

Despite these unwarranted exertions, the overall training load for the ride, and the week, was at an acceptable level, and I see no reason why I shouldn't be ready to go next week.

1 Note that whenever I quote figures like this I am not drafting and there is no wind unless otherwise noted.