It was very much a transitional week this week; as discussed last time, I've moved away from intervals for the time being so I can focus on ramping up my training volume, relying on the weekend rides to get my high-intensity work.

To that end, it wasn't a great week; flat tyres forced premature conclusions to two of my rides, and I missed the fast group ride on Saturday as I was needed elsewhere. This meant I fell short of my targets both for hours and intensity.

However, since it was a Post-Event week and I've got three more weeks to build before the next taper, it was hardly disastrous.

I've worked on a new mesocycle for the In-Season. Here's what I've come up with:

which you can compare with what it replaced:

Recently I've been averaging under 450 km per week; I want this to increase to over 550 km.

I may add some long intervals back to the Wednesday of Build weeks later, once I feel my endurance is again at the level it needs to be. For the current mesocycle I will not. Note that there can be more than one consecutive Build week, depending on the amount of time until the next target Event. If so, each increases a little in training load compared with the previous one.

Free Ride is a deliberately vague description, but the vast majority of these 2-4 hour rides should be at endurance pace (for me, an average heart rate in the 120s), with just a few 5-second sprints. At most I'll add one or two Strava segments if I want to do a little higher-intensity work.

Rather than one tough ride and one easy ride, as before. As stated, these are where I'll be getting most of my high-intensity work done.

4 A larger Overload prior to Event week

Short intervals on the Wednesday, and a high-intensity Saturday group ride (like in the other Build weeks) followed up with a huge group ride on the Sunday, 7 days out. I want this ride to be in the region of 180-200 km, once I'm fit enough to handle this.

5 A larger taper during Event week

The volume is halved compared with the Overload week, while frequency and intensity remain at the same level. The two Event week intervals sessions will be kept brief to minimize fatigue: Peak Intervals are 2 x 5 minutes of 20/40s, and Sprint Intervals reps are each no more than 12 seconds long. The Pre-Event ride is the same as before; just enough work to stay sharp for the next day.

The idea is that the combination of the bigger overload followed by a bigger taper will lead to a big supercompensation. Of course, the trick is getting all these factors just right so that the peak of this supercompensation coincides with my Event! This might take a bit of trial and error.

So during the week I've just been cruising around at conversational pace, beginning the process of replenishing my lost endurance. This also happened on Saturday, after I'd missed the group ride. And then my Sunday ride was cut short by two punctures. That's about all there is to say about my rides this week; as I said: transitional. 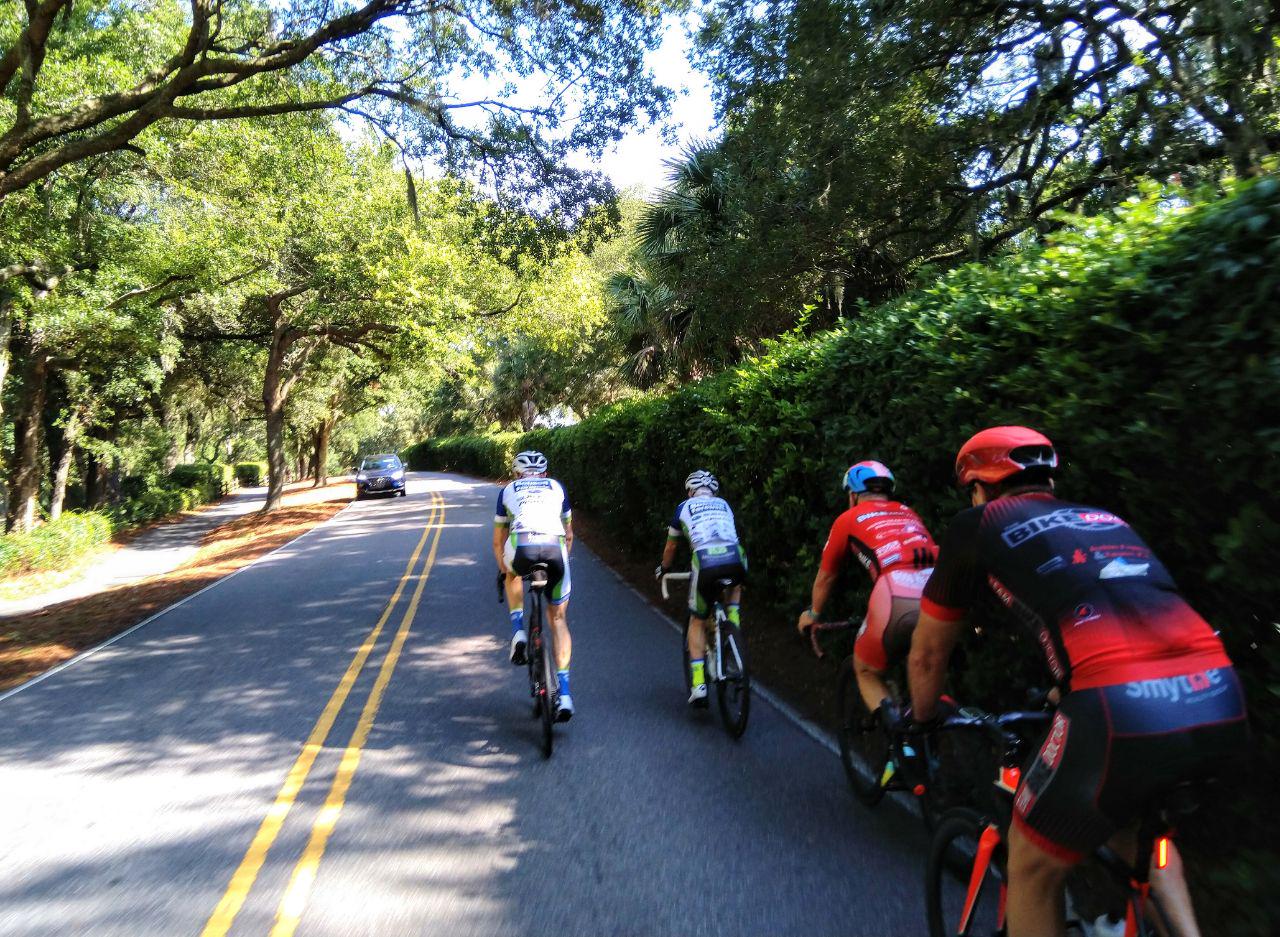 My power pedals should be here next week, so I'll be setting them up and reconfiguring my Wahoo computer. I've been thinking about how best to incorporate power into my training, but really I don't think a great deal will change; it'll just be another way of keeping track of things and measuring my progress. And as I said last time, it might offer some insights into my pedaling technique, especially relating to left-right balance.

There'll be more on all that next week.