Things really started to gel this week. Since making the realization that I'd been on the wrong track for the last few months, I've taken a big change in direction with my training, and this week I also went back and re-studied the most important research that aligns with my chosen approach.

There are various endurance training philosophies, such as high-intensity interval training and threshold training, but the one that I think has the most empirical support (from scientific research, from looking at how elite cyclists train, and even from looking at what I was doing last year when I was at my best) is polarized training.

This is pretty simple: a lot of long, slow distance interspersed with a much smaller amount of medium- and high-intensity riding. For cycling, the optimal ratio between the three intensities is somewhere around 80:15:5 low:medium:high; a so-called pyramidal distribution. For this purpose, low intensity means below the first ventilatory turnpoint (VT1), and high intensity is above the second turnpoint (VT2). You can identify the turnpoints via changes in breathing, but to a good approximation VT1 is at the lower end of HR Zone 3 (about 75% of maximum HR) in a typical 5-zone system, and VT2 is in the middle of HR Zone 4 (i.e., above lactate threshold; about 90% of maximum HR).

If you're going to follow this approach, it's very important that you really do go easy enough on your easy days so that you can go hard enough on your hard days; there's a tendency, especially on longer rides, to let yourself drift into the medium-intensity zone, which has the effect of greatly increasing fatigue and thus recovery time. If this happens regularly, then you'll probably be too tired to hit a sufficiently high intensity when you need to, and thus you can end up training in the middle on these days as well, potentially also ending up overtraining.

But low-intensity training is certainly not just a way to kill time in between 'real' workouts; it's extremely important in its own right. It's the best way to train Type I ('slow-twitch') muscle fibres. These are the muscles that do the vast majority of the work for you on every ride (even a fast ride such as a criterium). They use a lot of oxygen to burn fuel, and are very fatigue-resistant, which is why they have to be put under stress for several hours at a time to cause the adaptations that increase fitness.

Some sources claim that shorter 'sweet-spot' training rides can substitute for long endurance training, but this isn't so: that level of intensity will tend to target Type II ('fast-twitch') fibres much more than Type I fibres, and so while it would be okay for a high-intensity day, it's not going to give you the endurance you need, since the Type I fibres won't be sufficiently fatigued1.

So you do long (and short) easy rides, and about twice per week you do high-intensity rides. You keep the easy rides easy, and the hard rides separated so you can complete them at the appropriate intensity. You can even do a long and hard ride, to train all fibre types simultaneously (this of course counts as one of your high-intensity days).

In this kind of approach, periodization is more modest than in other types of training; generally, volume declines a little during the season, with a concomitant increase in intensity. Training stress metrics are deemphasized; if you've scheduled a high-intensity ride but aren't ready for it, you simply skip it.

Polarized training works for a range of weekly volumes, even as low as 8 hours per week, although ideally you'll build up to a higher amount of training than this.

Despite already knowing all this, I still lost my way over the last few months, cutting down the volume and attempting hard rides much too frequently. I'm pretty sure this has left me in a bit of a hole, which I'm now trying to climb out of.

Sunday was the day that it all really clicked. I did a century on the group ride, but consciously held back my effort level so that I only accrued 50 minutes above VT1 out of 5.5 hours riding. Previously I would have picked up the pace much more, especially on typically fast sections with sprints at the end. But on Sunday, I was thinking about the bigger picture, and I finally truly realized why it was so important for me to ride easy: I'd had a hard ride on Saturday, and I rode for 19 hours this week (my biggest week for five months), and next week I'm going for 22 hours, so it's more important than ever that I stick to the correct intensity to avoid overreaching.

I also got my power meter pedals this week, so had a little fun with those (fun that had the effect of putting my Relative Effort score through the roof).

They arrived on Monday, so once everything was set up I went out in the late afternoon for a very hot test ride. My left/right balance was 57/43 on that and every other ride this week. I'm working on fixing that, too.

I think the power meter will be a useful addition to my training, but at this point I'm just getting used to it and exploring its capabilities. I'm sure I'll find out over time what its best uses are.

Endurance rides on Tuesday and Wednesday were followed by recovery (commute) rides on Thursday and a Leg Speed on Friday, leaving me fresh for the weekend.

On Saturday, I did a threshold test (167 bpm and 249 W) which I extended for a couple of hours into another endurance ride, then on Sunday did the aforementioned long group ride. 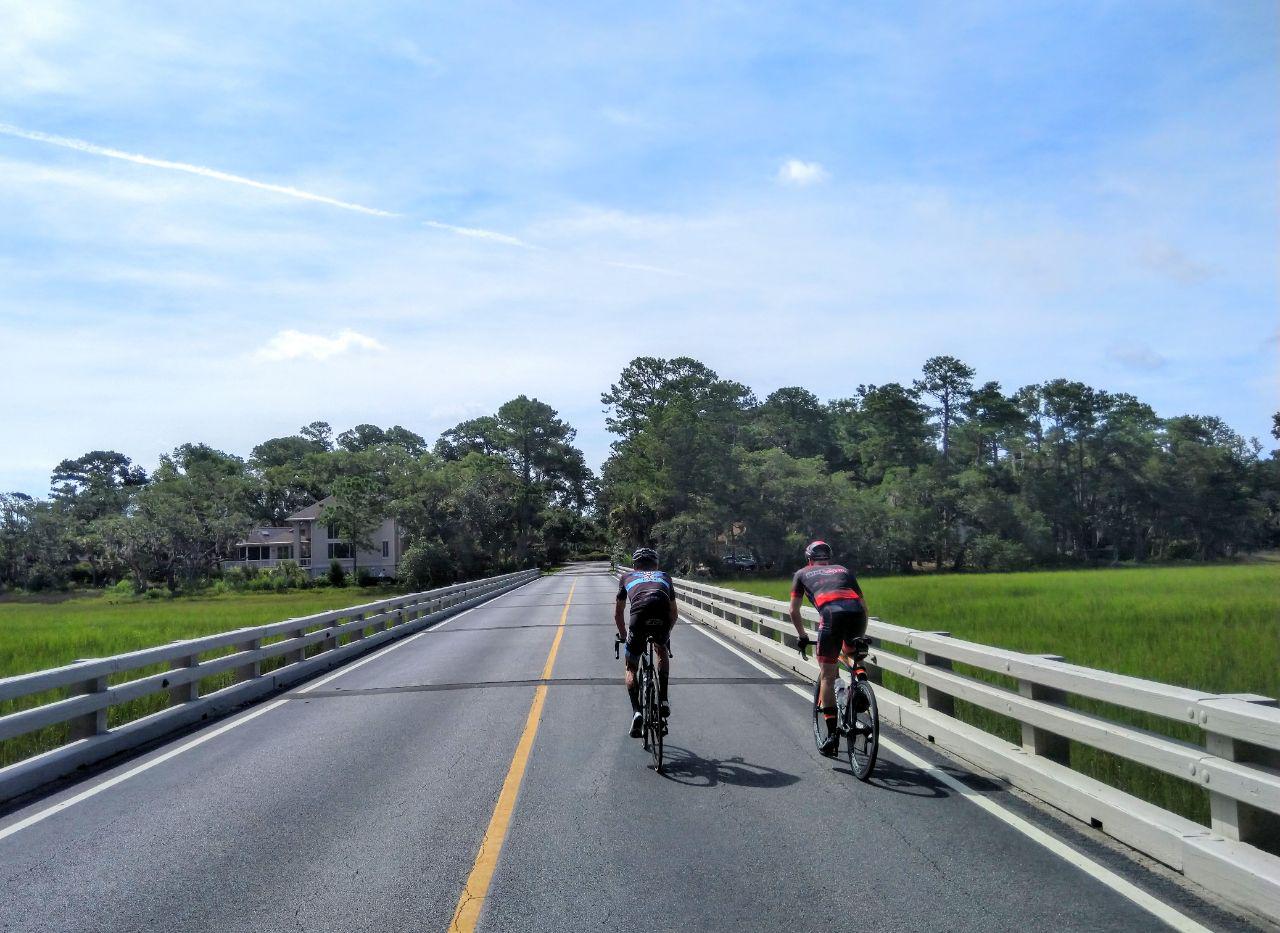 It's going to take a few weeks to settle into the new regime, and I still need to switch out a little of the medium-intensity riding for high-intensity, but all in all it was a very good week, and I'm definitely feeling like I'm back on track.

1 Of course, this kind of training requires plenty of time to fully implement. If you don't have the necessary time, the best alternative approach is probably to try shorter endurance-paced rides undertaken with low muscle glycogen stores. This is usually achieved via fasting and/or low carbohydrate consumption for at least 24 hours prior to the workout, followed by a resumption of the usual diet.