This marked the culmination of a rapid increase in my training load; I've averaged over 20 hours and 570 km per week for the last month, including some pretty high-intensity rides.

By late this week, I could tell it was time to back off for a while: the two weekend rides in particular featured heavy legs and fading energy levels. I didn't even get any weight training done, which is another sign that I'm due for a break.

However, it's been a great last few weeks, and I'm happy that my training seems now to be firmly heading in the right direction again.

After a typically easy start on Monday and Tuesday, I did what was supposed to be a 4 x 4-minute intervals ride on Wednesday. I only got through two of the reps though, as I went way too deep on both of them and (despite multiple widely-spaced attempts) simply couldn't get any more done.

It's clearly a bad idea for me to do intervals on Strava segments, as I always end up trying to break records instead of concentrating on hitting the correct intensity. There's even less excuse for this now that I've got a power meter: I'm aware of the numbers I can produce for a given time, and more importantly what I can repeatedly produce across multiple consecutive repeats.

I've got to have better discipline on training rides, because I'd have been much better off doing four strong reps rather than two slightly stronger ones.

On Thursday I did a nice 125 km endurance ride. I'm really getting into a good rhythm on these now, adding plenty of blocks at aerobic threshold (the transition point from low- to medium-intensity, i.e. maximum all-day pace) to increase the training stress on my slow-twitch muscle fibres. 230W seems to be where this point is at the moment. I've been varying my cadence as well, and also trying to remember to add in a few 8-second sprints. Variations like this make the ride more interesting in addition to their physiological benefits.

This ride went well, but I was already feeling the effects of my increased recent training load, which an easy Friday did little to alleviate.

I went back to Savannah for another fast group ride on Saturday, but in contrast to last week when I had a great ride, this week I was tired from the start.

I like to do a loop over the big bridge as a warm-up, and this has the added benefit of letting me know how I'm feeling. In this case, my high fatigue level was pretty obvious; I didn't feel awful, but definitely not great either.

Sure enough, I only managed to stay with the unlimited group for about 15 minutes before falling off the back. There were only 7 riders, and about 3 of them were skipping their pulls on the front, which meant my workload was quite high. I'd just finished one of my turns at the bottom of a small hill. We'd been doing a steady 40 km/h (25 mph) the whole time, but as I moved off, the next guy in line attacked up the slope, and then sprinted down the other side, taking everybody else with him. I was tired from my pull, but just about managed to get on the last wheel and stay there for about two more minutes, at which point I was totally done and drifted off the back.

I didn't bother waiting for the moderate group, as I knew I'd get little more out of the ride (other than extra fatigue). I just soloed back at an easy pace, resolving to try again the next day.

So on Sunday I cancelled plans for another century ride, instead deciding on a shorter ride with a couple of higher-intensity efforts.

I ended up doing 4 hours, mostly easy but with a little speed at the usual points. The only real achievement was a decent increase in my 5-second power (notably attained around 130 rpm). 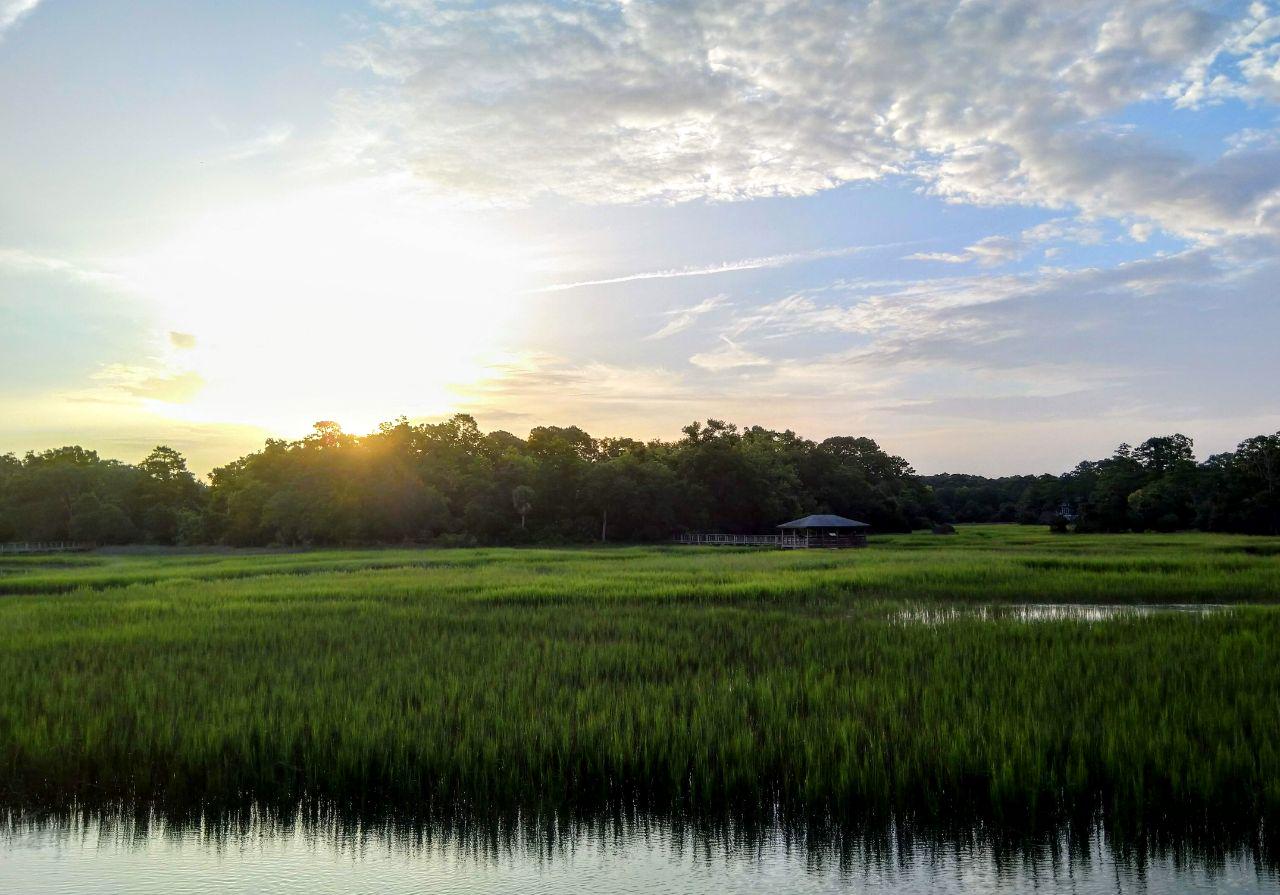 Sunrise over the marsh

Next week ends with the next Nestor Cup race, so I'm going to cut my training time in half to taper for it. My new training plan is starting to take shape, and the general setup and purpose of my training sessions now makes more sense to me. I've also signed up for another fondo ride, this time in Boone, NC. It's in three weeks from now, and I'm looking forward to having a change of scenery (and topography) for a few days.